Albania is a country whose land has been long fought over and whose people have proven again and again that they were there to stay. They have had many invasions and occupations, and yet the people still claim their land as their own, no matter who may have thought they were in charge at the time. One of the major cities in Albania is Shkoder, located about 17 miles inland from the Adriatic Sea, in the Northwest border of Albania, along the shore of Lake Skadar (Shkoder), which is shared with the country of Montenegro. The Bojana River flows from Lake Skadar into the Adriatic Sea, past Rozafa Castle which is located to the southwest of Shkoder atop a hill between the Bojana and the Drin Rivers.

Shkoder was first inhabited in the Bronze Age (3000 BC – 1200 BC). The fortress ruins atop the 430 foot hill are mostly left over from the last build up by the Venetians who held the area from 1396-1478. Yet the hillside had a fortification much earlier than that. The hillside and the fortress have provided a nearly impregnable haven for the people of Shkoder many times as the country was invaded and under siege. A large part of the reason that Albania was fought over was its location and proximity to the rest of Europe and the Italian peninsula. The river emptying into the Adriatic Sea, north-east of the heal of Italy’s boot, was one of the best places for military forces to congregate while trying to conquer the rest of Europe, or to try and stop an invading force. In times of peace, it proved to be a viable port to cut short longer trade routes on land.

Recorded military actions in the area around Shkoder included the Roman invasion in 168 BC. In order to secure trade routes, the area was colonized and became known as the Roman province of Illyricum.  As it was an important town along a favored trade route, the Romans also started minting coins in Shkoder between 211-197 BC. This would enable them to exchange coinage with their trading partners, likely in the Roman’s favor.

But being under Roman rule didn’t put an end to the military action and violence. While many wars would continue to plague most of Europe, the turbulent history of military conquest for the important trading port around Shkoder would continue far longer than in most of the rest of the continent. In 1101 there was a Crusade that included Shkoder. In 1214, after the Fourth Crusade, it was conquered by the frighteningly named “Despotate of Epirus”.

In 1396 Venice tightened their control of the trade route and took over Shkoder. While under the Venetian occupation, Shkoder had their hilltop fortress reinforced in an effort to dissuade future attempts by others to take over the port city. Their reinforcement and updating of the already ancient fortress would prove to be an important asset in the near future against the Ottoman Sultan Mehmed the Conqueror. Mehmed earned the title “Conqueror” for a reason. He already had an impressive list of important conquests before heading to Shkoder, including important kingdoms such as Constantinople, Serbia, Morea, Wallachia, Bosnia, Moldavia, etc.

Mehmed the Conqueror eventually made his way to Shkoder in 1478, and settled in for a siege, setting up camps, and sacking other nearby cities. This siege was to turn out to be one of the most important for the struggle of power and control between the Europeans and the Ottomans. The trade routes not only controlled the goods and money, but also the culture, religion, and political influence in the area as well. But the Rozafa Fortress stood high on the hill, right in Mehmed’s way.

Most Albanians in the area fled the approaching Ottoman army, fleeing into the mountains or into the castle itself. About 1,600 men, along with a few women, were inside the fortress, awaiting the onslaught from the Ottoman forces that some say were more than 300,000 in number. The siege began with a 19 day long bombardment of artillery on the fortress. The Ottoman cannons were cast onsite, and lobbed cannon-balls as heavy as 830 pounds at the Rozafa fortress walls.  The constant two-week long bombardment must have been catastrophic for the defenders. After the artillery fire stopped, the Ottomans stormed the fortress but were beaten back five times. The castle, situated high and well placed for defense, along with its reinforced walls, weathered the attacking army, causing the Ottoman forces many more casualties than they were inflicting. Despite their advantageous position within Rozafa Castle, the demoralizing effects of artillery and the dwindling supplies and food made it clear that a truce needed to be made. In January 1479, the Venetian and Albanian forces surrendered. The small number of defenders held out valiantly against the Ottoman army, but given the overwhelming force of the attackers, it would never have been able to outlast them.

A peace agreement was signed between the Ottomans and the Venetians, officially surrendering Shkoder to the Ottoman Empire, as long as the citizens were unharmed. Venice was also forced to pay 100,000 Ducats for war reparations, and an additional 10,000 ducats annually to continue trading in the area. The remaining defenders of the fortress castle were allowed to return to Venice or to Shkoder.

While under Ottoman control, Shkoder remained an important city for trade and strategic purposes. Albania and the City of Shkoder would remain under Ottoman control for 434 years when, in 1913, during WWI, it was captured by forces from Montenegro. In 1916 it was occupied again, this time by the Austro-Hungarian army, and then by France in 1918, as WWI ended. During WWII it was invaded by Italian forces, and then occupied by German forces when Italy succumbed to the Allies. After WWII, Albania found itself tied to the Communist leadership of the Soviet Union. It remained an independent country, but under the heavy influence of Soviet leadership. Ties strengthened between Albania and China in the 1960’s, when China slowly opened up to some eastern European countries during the 1970’s. When communism failed throughout the Soviet Union and Eastern Europe, Albania was able to voice more of its own will and democratic reforms took place. Though now in ruins, Rozafa Castle still sits on the hilltop of Shkoder, and is a popular tourist destination.

There is a famous legend concerning Rozafa Castle and a woman who was buried within its walls. Three brothers were on the hilltop and trying to build the castle. Each day they worked hard, piling stones on top of each other, making strong walls. When their lunch was brought to them at the top of the hill by one of their wives, they would take a break and then continue to work until the day’s end. They would rest through the night, but in the morning when they returned to their castle, all their hard work was undone, and the stones lay back on the ground. Day after day they worked, and night after night, all their hard work was undone. Frustrated, the brothers sought the advice from an elder, who told them they needed to make a sacrifice, and entomb someone within the walls. Unless this was done, said the wise old man, the castle could not be built. The brothers agreed to make a sacrifice, but they could not decide who should be buried within the castle walls.

After much discussion, they agreed that it must be one of their wives. They decided that whoever it was that brought their lunch the next day would be the one that would be sacrificed. They swore to each other that they would be silent to their wives about this agreement, so as to be fair to each other and not to frighten their wives away. The three brothers returned home that night, but only the youngest kept his word and did not tell his wife of the plan. The two other brothers broke their promise to each other, and told their wives not to deliver their lunch the next day.

The next day as the brothers all met at the castle and started again to rebuild the walls they watched eagerly to see who would bring them their mid-day meal. When they finally saw a female figure approaching, the two older brothers were relieved, but the younger brother’s heart sank. It was his beloved wife, Rozafa.

The youngest brother explained to his beloved the pact the three of them made, and that she was to be sacrificed within the castle walls.  The devoted wife listened to her husband and, knowing that there was nothing she could do, agreed. She was, however, worried about their infant son, who needed a mother’s love and care, so she agreed to be sacrificed as long as her conditions were met: 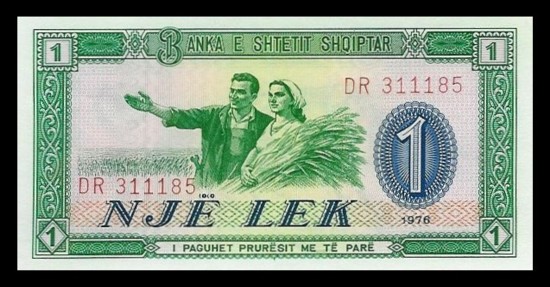 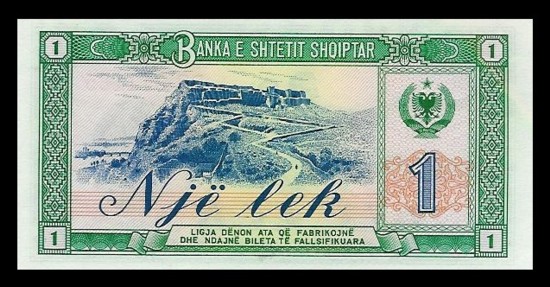