In the city of Baku, Azerbaijan there is an ancient structure as mysterious as it is old, known as Gyz-Galasy, or the Maiden Tower. The history of the tower can be traced only vaguely and with plenty of legends around the tower to fill the voids, it is likely that the truth will never be fully known.

From the outside Maiden Tower appears to be a simply built structure, but a closer inspection reveals much more. Built into solid rock which slopes down towards the Caspian Sea, the massive structure of local limestone measures over 16 meters in diameter and rises eight stories to 28 meters; much higher than all the other ancient buildings in the city of Baku. The walls are enormously thick: 5 meters thick at the base, and four meters thick at the top.

The southern side of the cylindrical section has narrow rectangular windows for light. The fourth floor has a door, complete with a lock, which opens straight to the outside. There is no record of there ever being anything else built for the door to open to.

On the eastern, sea-side, of the tower there is an almost rectangular section projecting out towards the water. The purpose of this section of the tower is unknown. There is no structural or defensive aspect to it. The sea may have been able to lap at the base of the structure long ago, but it is unlikely that it could have served any useful docking purpose.

The surface finish of the tower is one of the first puzzles a visitor notices. The bottom half is finished smooth, and the upper half is very roughly finished with horizontal grooves.

The age of the tower is in historic dispute. There is an inscription written in Arabic on the tower which reads: “Tower of Masud, Son of Davud.” The inscription has been dated by paleographic scientists, based on the calligraphy of the text, to 12 AD, while a prominent Arabic expert by the name of A. Alaskarzade maintains that the text is from the 12th Century. The inscription is in a plate on the outside of the tower to the side rather than by the entrance. When architects looked at the stone and mortar used to construct it, they found that the tower was made of a local limestone and used lime mortar. Compared to the earliest use of mortar in a building in the region, found in Gabala, the tower could conceivably date back to the 1st century. The Architects compared Maiden Tower to a mosque erected 1078-1079 and whose construction incorporated the same type of limestone. The Maiden Tower stones are considerably darker, making it several centuries older. Another estimate is that the date of construction is as far back as 6 BC. In all, the range of dates that the Maiden Tower could have been built span 2000 years.

There are many legends about the tower concerning a Maiden. The basic premise of the legends is that a young girl ordered a tower to be built and then locked herself inside, throwing herself into the sea below.

A popular version of the legend is that the King fell in love with his own daughter and was determined to marry her. Trying to stall the marriage, the girl asked for the tower to be built for her and would not consent until it was finished. Once the tower was completed, the King pressed on with his plans for marriage, and the girl flung herself off of the tower.

A version of this has it that the girl’s lover, distraught over her death, kills the king in revenge. The girl, unknown to her lover, survived her plummet into the Caspian Sea, being rescued by Mermaids. They later met up and lived happily ever after.

As bizarre as this version sounds, there is some merit to the legend. Historians state that the king marrying his daughter would predate Islam, which came to the area in the 7th century. They believe that power may have been matriarchal at that time and that there could have been politically arranged marriages to maintain control. A ritual marriage between a father and daughter for such a purpose would not have been unlikely, and could in fact have been the basis of the legend. Many local artists have based their works on the legends of the Maiden Tower, including plays and the first Soviet Movie made in Azerbaijan.

Another legend, this one a biblical legend, is that after the ascension of Jesus Christ, the Apostle Bartholomew traveled to Armenia, bringing Christianity to the region in the 1st century. The story relates that Bartholomew was martyred near the Maiden Tower, being flayed alive and crucified head down. There was evidently a small chapel near the Maiden Tower dedicated to him, but I could not confirm that.

The term ‘maiden’, as used in the area, has been studied and there is some thought that the term could have meant that the tower was impregnable, or un-subdued. The root of the Armenian word Galasy, is Gala which translates to Fortress. There are some who believe that the tower may have been created to house women and children during a battle or other dangerous event, giving it the name “Maiden Tower”. Some of the reasons for this assumption are obvious. Up to 250 people could occupy the tower. The thickness of the walls would be able to withstand even the heartiest siege, and being built on solid rock, there was no way to tunnel under the walls. There are pottery pipes 30cm in diameter to the third floor from which even a 21 meter well, dug through the rock base is accessible. The ground floor could be blocked off from the rest of the tower by removing the staircase. However, opponents of this theory maintain that the amount of stone in the tower could have been used to wall in the whole city. And they also point out that the tower, while it may have been able to withstand a siege, could have been easily smoked out and the small windows would severely limit the ability to strike back at an enemy. While the Maiden Tower did in fact serve as the main tower in the Baku Fortress in the 12th century, these observations lead most scholars to conclude that it was not originally constructed as a fortress.

Today the most commonly believed thought as to the original purpose of the tower is that it was built as a temple. The root of the word Galasy can also be translated to Fire. Folklore in the city of Baku has it that there were fire worshipers in the Zoroastrian religion of the ancient city. To Zoroastrians, fire has several meanings such as inspiration, love, righteousness, emotion, compassion and devotion. It is suggested that the pottery pipes could have been used to bring gas which would have been burnt in rituals. Other possibilities are that the tower was a mausoleum for the revered priests and nobles, or it could have been an observatory.

Whatever it originally was will likely never be known. But we do know that is has served many other purposes in the past. Including being a part of the Baku Fortress in the 12th century, it also served as a beacon in between the 18th and 19th centuries. It flew a flag as the beacon until 1858 when it was equipped with a light. This shone until the lights of Baku City interfered with it, and the beacon light was transferred to a nearby island. Since 1964 it has been a museum and is included on monuments list of  the United Nations Educational Scientific and Cultural Organization (UNESCO). 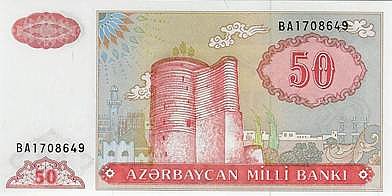 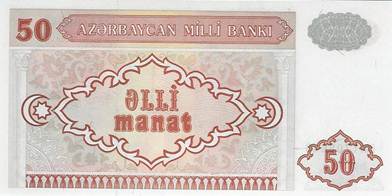