The Sharif of Mecca

Sayyid Hussein bin Ali was born in 1854 in the city of Istanbul, Turkey under the Ottoman rule. He was appointed by the Turkish Committee of Union and Progress to be the Sharif and Emir of Mecca from 1908 to 1917. Sharif was the title given to the governors of Hejaz (the western potion of Saudi Arabia having several holy places) and emir is a title denoting a commander or general. The Sharif’s role was to protect the cities and to maintain the safety of pilgrims during the Hajj.

As World War I broke out, Sayyid Hussein bin Ali had sympathized with the Germans and Ottoman Empire, but when it was revealed to him that the Ottomans were planning to depose his rule after the war, Sayyid Hussein bin Ali changed sides. He wrote to Henry McMahon, the British High Commissioner in Egypt, in what is now known as the Hussein – McMahon Correspondence. In these exchanges, McMahon promised Hussein that in exchange for his assistance to the British, he would be rewarded with a vast Arab Kingdom over much of the Arabian Peninsula, from Syria to Yemen. Certain areas would be exempt from Hussein’s rule, including Kuwait, Aden, Syrian coastal areas, and Palestine. Palestine was intentionally not mentioned in the letters by McMahon, and he later attested to his intentional omission and that he believed that Hussein knew of it. Hussein disputed this assumption. Despite the later disagreement over Palestine, it was these letters that emboldened Hussein to lead the great Arab Revolt in 1915 against the Ottoman Empire, which controlled a large portion of Egypt and the Arabian Peninsula at the time.

Sayyid Hussein bin Ali was successful in his endeavor to break the oppressing Ottoman rule over the Arabs. His revolt with the aid of others including Faisal, Abdullah, T.E. Lawrence (Lawrence of Arabia) among others, the Ottomans were pushed out, leaving the McMahon Correspondence promises to contend with. Unfortunately, the promises did not pan out as planned. The area was mapped out under the Sykes-Picot agreement of 1916. This act was made in secret before the end of the war, in July of 1915, while the Hussein-McMahon Correspondence that promised the lands to Hussein occurred in October of 1915. The result was that Hussein was not granted the areas for his kingdom as he felt he was promised, and along with the Balfour Declaration of 1917 that gave support for a Jewish homeland in Palestine, this is seen by many as the start of the Arab/Western conflict over Palestine seen even today. However, there were certain rewards granted. Hussein’s sons were made the kings of Trans-Jordan (Jordan) and Syria. His son Abdullah I ruled Jordan until his assassination in 1951. His son Faisal I however, after only five months as ruler, was expelled from Syria in 1920 by the French, and was later installed as the King of Iraq by the British in 1921.

It was in 1917 that he declared himself the King of Hejaz. This declaration in effect was making himself the king of all Arabs, which was not to the liking of Ibn Saud, later to become the first monarch of Saudi Arabia.

In 1924 Hussein declared himself the Caliph (head of state) of all Muslims. The declaration of Caliph was done within two days after Turkey relinquished its claim when the Caliphate was abolished during the reforms of Ataturk, the first president of the Turkish Republic. Sayyid Hussein bin Ali’s claim of Caliph was mostly ignored. But it was taken seriously by Ibn Saud, as the Caliph was a title denoting the head of state over the land and being the successor to Mohammed’s political authority in the region. As a result, the City of Mecca was taken by Ibn Saud in 1925 ending the more than 700 year rule of Hashemite Islamic rule. The cities of Meddina and Jeddah were later taken as well. Sayyid Hussein bin Ali then abdicated and his son Ali assumed power for a short time before being forced out by Ibn Saud. Sayyid Hussein bin Ali then went to live with his son in Transjordan under the protection of his Son Abdullah I until his death in 1931. 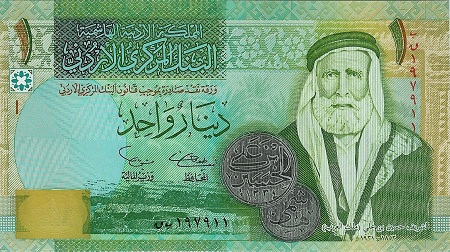 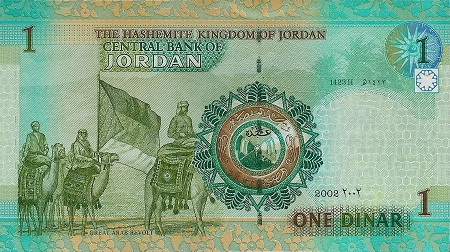