The Royal Bank of Scotland began issuing commemorative banknotes in 1992. One of these commemorative notes issued in 2004 was a £5 note celebrating the 250th anniversary of the Royal and Ancient Golf Club of St. Andrews and Old Tom Morris, a pioneer of the modern game of golf.

The first recorded reference to golf was made by the Scottish parliament under King James II in 1457. In that year, golf, among other sports, were prohibited as the games were interfering with the king’s archers, leaving them no place to practice. This ban on golf was upheld by successive kings in 1471 and 1491. It wasn’t until 1552 that Archbishop John Hamilton created a charter which allowed townspeople to legally play golf. As time passed, and as the game grew in popularity, there became a need for a standard set of rules. In 1744, a group of called the Gentlemen Golfers of Edinburgh set down the first rules of golf known as the 13 Rules of Golf. Then in 1754, a group called the Society of St. Andrews Golfers was founded, and in 1834 became a patronage of King William IV and has since been known as the Royal and Ancient Golf Club of St. Andrews. In 1843, St. Andrews Golf Club was founded, with the clubhouse being built in 1854.

The Royal and Ancient Golf Club (often referred to simply as the R&A) is a private men’s golf club which has its home at the public links at the St. Andrews links. With the exception of the United States Golf Association (USGA) in the United States, the R&A serves as golf’s worldwide regulatory agency and is also responsible, along with the USGA, for maintaining the rules of golf which are reviewed every four years.

Though the game of golf had been played for hundreds of years before his time, Old Tom Morris is still considered to be the father of the game.

Tom Morris senior, or Old Tom Morris, was born in St. Andrews, Scotland on June 16, 1821. After his schooling, he became an apprentice to Allan Robertson, who is widely recognized as the first professional golfer. At Allan Robertson’s side for 12 years Tom Morris learned the trade of making clubs and an early style of golf ball, consisting of a leather pouch filled with goose feathers, as well as playing match games together. But with the introduction of a new type of ball with a rubber center called the “Guttie”, made from the Gutta-percha tree in Asia, Old Tom saw it as the future, while Allan Robertson tried in vain to protect his feather core golf ball business. This caused the two to part ways. And Old Tom left St. Andrews and teamed up with Colonel J. O. Fairlie and joined the Prestwick golf club where he was the Keeper of the Green, and the Ball and Club Maker. During this time, Allan Robertson died from a bout with jaundice and as a result, there was a need to decide who would be the new champion golfer. It was determined that a championship game should be played each year, and the Prestwick club held the first British Open Championship in 1860. Old Tom Morris was one of eight competitors who played three rounds at Prestwick’s 12-hole course. Old Tom Morris came in second to Willie Parks Senior, who beat him by two strokes.  In the early days the prize was only a red belt with silver buckle which was held by the winner for one year. Old Tom Morris won in 1861 and again three more times that decade. He was the first person to receive a cash prize for the championship when he won in 1864: £6. At 46 years of age, Old Tom Morris became the oldest person to win the British Open, a record that has never been broken. During the 1862 British Open, he won by 13 strokes, which was the record for the largest victory margin in a major championship game. This record stood firm for 138 years until the 2000 US Open when Tiger Woods won by 15 strokes.

In 1865, Old Tom Morris returned to St. Andrews as the greens keeper, and he opened a club-making shop at the 18th green, which has since been named after him.

Old Tom Morris was a master at greens keeping, and helped to design several courses. He was instrumental in the modern design concepts, in which he incorporated the standard of 18 holes, making and maintaining hazards, and having both the 9th and 18th holes end at the clubhouse

Old Tom Morris retired in 1903 and his now famous portrait was commissioned by the R&A, which is still seen at the clubhouse. During his later years, Old Tom Morris had stopped playing golf, but had never lost interest in the game, which he said was the best game for men, and women.

When he was 86 years old, Old Tom Morris fell down a flight of stairs and received a skull fracture, from which he died On May 24th, 1908. He has been honored by having a statue of him in the golf Museum at St. Andrews. Yet his true honor lies in the game itself, and all the courses modeled from his design concepts. Due to his devotion to the game and his skills at design, Old Tom Morris helped make the game of golf one of the most popular games in the world. 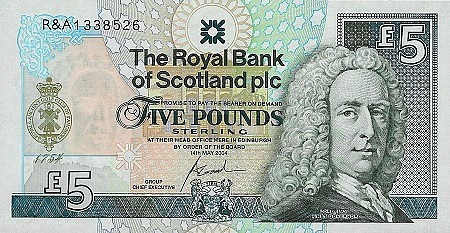 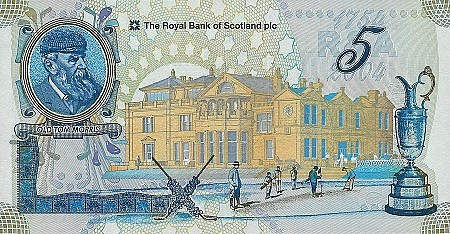