Temple of the Tooth at Kandy

The Dalada Maligawa or Temple of the Tooth, in Kandy, Sri Lanka houses what is perhaps the most venerated object of Buddhist worship, attracting pilgrims and tourists alike: the left upper canine tooth believed to have belonged to Buddha.

Designated a World Heritage site in 1988, the city of Kandy has a population of about 110,000 and is situated in Sri Lanka’s Hill Country about 72 miles from Colombo City.  Kandy also sits next to Lake Bogambara, a man-made lake built under the orders of the last Kandyan King, Sri Wickrama Rajasinghe, by converting a stretch of paddy land into the lake in 1807; an island in the middle was also created and housed the king’s harem. The lake helps keep the environment cool making the city one of the best tourist resorts of the island.

Kandy became the capital of the Sinhalese kings in 1592. Around the 14th century, Kandy became a center for both Mahayana and Theravada Buddhism, the religion’s two major sects. The Esala Perahera is a yearly celebration in Kandy commemorating the tooth in the temple. The celebration lasts for ten days and incorporates up to 100 decorated elephants, dignitaries, dancers, drummers and musicians. It has been said that the Esala Perahera is the largest Buddhist celebration in the world today. On the final night of the ceremony the procession, led by elders in the costumes of the ancient kings of Kandy, makes its way to the temple compound following the route of the sun.

As with all such things, the tooth has a legend around its journey to Kandy. Allegedly the tooth was removed from the Buddha while he was on his funeral pyre in Kusinagara, India and it was given to King Brahmadatte. The tooth is said to have the power to make rain, and also to give the possessor of the tooth a legitimate right to rule the kingdom. It had been long believed that an ideal king would have the power to cause rain and bring prosperity to the land, so having the tooth and thereby the ability to bring prosperity made one a more fitting monarch. Even today the lay custodian of the Sacred Tooth is known as Diya Vadana Nilame, meaning the water increasing official, or rain-producer. The tooth was handed down to successive kings and by the 4th century AD, King Guhasiva of Kalinga had become the possessor of the venerated tooth, but he feared that it would fall into the hands of his Hindu enemies. In 371AD it was secreted into the hair of a princess named Hemamali as she and her husband, prince Danta, fled India disguised as beggars, escaping the Hindu armies besieging their father’s kingdom. When the royal couple reached Sri Lanka, King Kirti Sri Megavanna, a devout Buddhist, was in rule. When news of the tooth reached the Sri Lankan King he was ecstatic and welcomed the royal couple and received the relic with veneration. The capitals changed locations, and with them the tooth, but eventually it came to reside at the Sri Dalada Maligawa temple (Temple of the Tooth) in Kandy.

The temple was built by Kandyan kings between 1687 and 1707, and was damaged during the 18th century colonial wars with the Portuguese and Dutch governments. The original wooden structures were later restored in stone. In January 1998 Tamil Tiger separatists bombed the temple, damaging its façade and roof. It was quickly restored.

Due to the sacred tooth’s importance, guarding the tooth against European colonists was of upmost concern. The tooth was safely hidden from Portuguese invaders in 1611, but in 1815 the British captured the tooth and it is reported that the people surrendered, since the British had the tooth and were therefore the rightful rulers of the land, bringing to an end over two thousand years of independence. The tooth was transferred back to the Kandy authorities in 1828.

The Temple of the Tooth’s exterior is plain white with a high reddish roof. While the outside is unadorned, the interior is intricately carved in wood and ivory.  Golden statues and decorated items surround a large statue of Buddha. The tooth is shown once a year and spends the rest of the time on a solid gold lotus flower set in jeweled caskets on a throne in a closed, guarded room. The Sacred Tooth Relic is today regarded as a symbolic representation of the living Buddha. 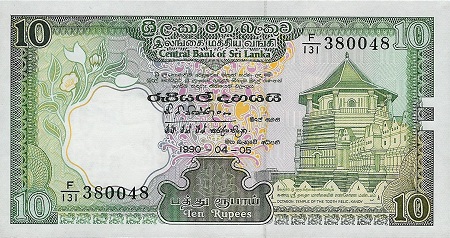 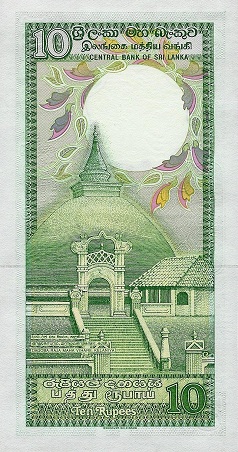