Thought of as the Father of the Nation, Gustav Vasa, was born with the name Gustav Erikkson in the castle of Rydboholm, in the province of Uppland, just north of Stockholm. His family heritage was linked to the Swedish nobility on both his mothers and fathers side. As a boy his schoolwork was not the best, but he did develop remarkable leadership qualities. At the age of 18 he was sent to be schooled in military matters.

Since 1397 Sweden was part of the Kalmar Union, which allied Sweden, Norway and Denmark. Each country was allowed to have their own laws, but were to fall under a single monarch, which tended to favor Denmark, which at the time was the stronger nation. During Gustav Vasa’s time, this union was weakening and the Danish King Kristian II was trying to assert his authority over all three nations and several military campaigns had been undertaken to that cause.

Gustav’s father was associated with a rebel group that fought against the Danes who held control of Sweden. Gustav took part in several revolts and in 1518 he was sent to Denmark in a voluntary hostage exchange while negotiations took place. In 1520 he fled back to Sweden where he tried to gather troops to oust the Danish from his homeland. During Vasa’s absence, Kristian II had been waging a campaign through Sweden and had taken Stockholm as Vasa was returning to Sweden. As Vasa made his way northeast, he tried to put together an army along the way but found it difficult to win support. During this time, Word reached him of his father’s death in what is known as the Stockholm Bloodbath, where 82 noblemen and priests were deceitfully lured to Stockholm and murdered.

Vasa’s recruiting efforts eventually paid off and in 1521 he had an army to lead. His followers elected him regent and issued him a security force of “Lifeguards” which is a unit still found in Sweden today, being an elite military force charged with protecting palaces and military bases in Sweden. Kristian II had by now left Sweden for the Netherlands, trusting Sweden to a group of clergy and noblemen. For the next two years, Gustav led his forces in battle against the Danes, claiming several victories. Vasa was elected Viceroy of Sweden in 1521, even though Stockholm was still under Danish rule. Vasa wrote to the Council of Lubeck, Germany, asking the Hanseatic League (a politically strong trade organization) for military support. Reluctantly, they agreed and sent ships with men and equipment. The Siege of Stockholm ensued and lasted for one and a half years before falling to Vasa’s troops. In 1523, the Hanseatic League also attacked Denmark and caused the overthrow of Kristian II, who fled to Holland. Victory attained at last, Vasa was elected King of Sweden in June of 1523 but was not crowned until 1528.

Now king, Gustav had decided to remove the archbishop who, though picked by the Pope, had loyalties to Denmark. Gustav asked the Pope to accept the removal and to allow Gustav to pick his own archbishop. The Pope was furious and would not agree. Though there were several attempts made by Gustav to have the Pope understand the impossibility of Sweden to have a Danish Archbishop, the Pope held his ground, and Gustav eventually named his own archbishop without Papal authority in 1531. This lost the Papal authority its hold over the church in Sweden and helped to usher in Lutheranism. In 1540 a version of the New Testament translated by Martin Luther was published and became known as the Gustav Vasa Bible. This bible furthered the unification of Sweden by providing a written Swedish text with standard spelling and grammar that would be used throughout the country.

Gustav Vasa’s reign was not without its problems however. There were uprisings in the provinces of Dalarna and Smaland due to his harsh tactics used on Danish loyalists. There were some skirmishes but these were ended after the capture and execution of the rebel leader Nils Dacke.

Vasa also engaged in war with Ivan the Terrible from 1554 – 1557 in the Russo-Swedish War. This war began as a result of border skirmishes, but was also enhanced by Vasa’s opinion that he was wronged by the Tsar when he was forced to deal with the Governor of Novgorod rather than with the Tsar in Moscow. Vasa felt he was not treated as an equal, and the Tsar felt that he was only a merchant’s son who became King, and not of as lengthy nobility as the Governor of Novgorod. Eventually, there was a mutual understanding and the Swedish ambassadors were allowed to stay in the Lithuanian embassy and meet with the Tsar on international matters.

Vasa’s age caught up with him and his health suffered. In June 1560 he urged his followers to maintain unity and the monarchy. He died in September of 1560 at age 64.

Not all of his subjects thought Vasa a liberator. There were many who thought him a tyrant, holding too much power with the church, army and the economy. Yet it was due in part to his ability to bring the provinces together under a centralized government that Sweden became a united nation and was able to stand on its own. Gustav Vasa has been depicted on several Swedish banknotes, the most recent being the 1,000 Kronor issue. 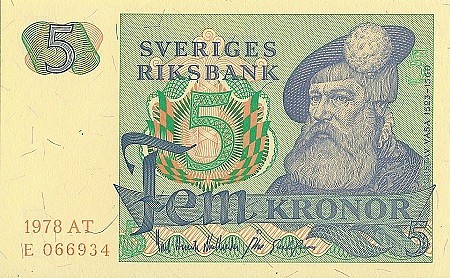 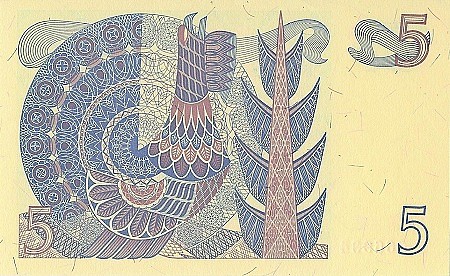